Foreign particles in food stuffs, plant produce, grains, etc. can lead to customer dissatisfaction when the items are packaged for sale. In some cases — it can be dangerous.
Opportunity:

A cigarette’s dielectric footprint is controlled by the tobacco packing density, moisture content and the type of tobacco leaf. 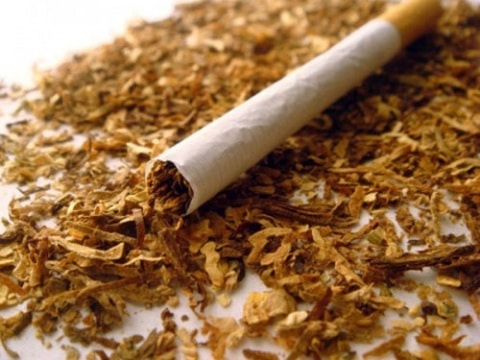 Since those three variables form the dielectric signature any contamination or deviation will show as an anomaly.

MTI proposed its new Digital Accumeasure TM amplifier with a dielectric probe having a 15 mm measuring range. The dielectric probe passes a 16 kHz electric field through the cigarette cylinder; this generates a signal proportional to the thickness of the cigarette. A new dielectric detection program was integrated, with the included Software Development Kit, to measure any deviation from nominal thickness. Foreign particles would appear as fast transient anomalies in the cigarette thickness. These anomalies were further characterized and alarm states were implemented. 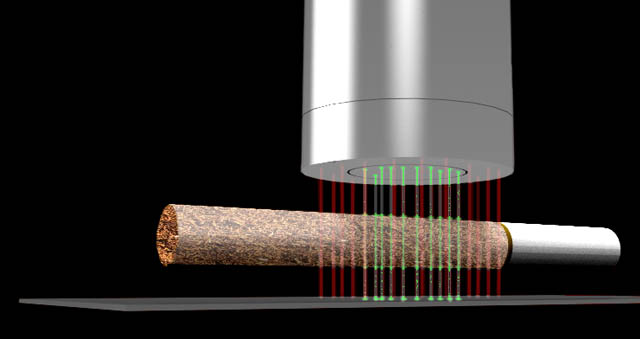 MTI’s capacitance probes can be used to measure the thickness or density of many different kinds of substances from cloth to glass. They are a safe replacement for Beta Gauges, which have nuclear radiation sources and difficult regulatory requirements. For more information see Technology Principles on Capacitance Sensors. Call on us for some smoking hot deals on capacitance probes, Accumeasure TM amplifiers, and associated equipment.

Let our applications engineers light up your workload!