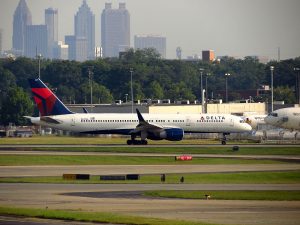 Delta’s investment in the world’s largest aircraft engine test cell will provide Delta TechOps with the ability to test and maintain powerplants that haven’t even been designed yet. Yet the benefits are already apparent. Partly because of Delta’s technology investment, Rolls-Royce and Pratt & Whitney have signed 25-year contracts with the Atlanta-based MRO. “This isn’t about engine maintenance,” says Don Mitacek, Delta TechOps Senior VP. “It’s about Delta people getting together and making it happen.”

Delta TechOps is also part of Pratt & Whitney’s MRO network. A subsidiary of United Technologies (UTC), this original equipment manufacturer (OEM) makes geared turbofan engines, including the GFT engine for the Airbus A220s, which is in production, and the A31neos, which is on-order.