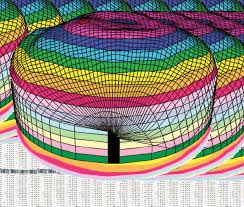 MTI’s video also shows how the Proforma 300i SA interfaces with an external computer and provides powerful Windows-based software for analysis and reporting. By utilizing MTI push/pull technology, the Proforma 300i SA doesn’t require the semiconductor wafers to have a consistent electrical ground. This desktop metrology system includes full remote-control operation and Ethernet network interface capability.

Because the Proforma 300i SA is semi-automated, an operator simply loads the semiconductor wafer onto the measurement stage and then presses a button on the machine. After 30 seconds of measurement, the Proforma 300i SA stops. The measurements are displayed on an external computer that’s interfaced to the desktop metrology system. Windows-based software shows detailed information about the wafer. User-defined and ASTM/SEMI compliant scan patterns are used to generate full 3D wafer images.

The Proforma 300i SA semi-automated wafer inspection and metrology system can measure as-cut, lapped, etched, polished or pattern wafers against a semiconductor manufacturer’s “recipe”. The system comes preset for SEMI standard wafer diameters and offers the ability to add custom wafer parameters. To support “what-if” engineering analysis, parameters can be modified and data recalculated without the need to rescan the wafer.”

For more information about the Proforma 300i SA, download the brochure.