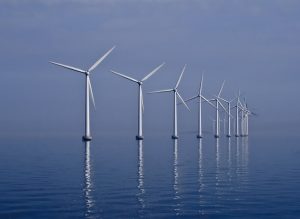 Capacitance sensors from MTI Instruments are an important part of the supply chain for offshore wind (OSW) in New York State. According to a recent report from the Center for Economic Growth (CEG), New York’s Capital Region is home to MTI Instruments and dozens of other manufacturers who support this growing form of wind power. The Capital Region also offers essential infrastructure for OSW.

As the CEG report explains, the New York State Energy Research Development Authority (NYSERDA) has assessed 54 waterfront sites for OSW-related projects such as component staging, manufacturing, and fabrication. Two of the most promising sites are the Port of Albany-Rensselaer and the Port of Coeymans, both of which are in the Capital Region.

NYSERDA’s analysis of these waterfront sites appears in the NYS Offshore Wind Master Plan for generating 2.4 gigawatts in OSW by 2030. The plan envisions manufacturing 8 MW offshore turbines and nacelles at the Port of Albany-Rensselaer, and the production of gravity-based foundations and jacket foundations at the Port of Coeymans. Only “minimal-moderate” investments would need to be made at both ports.

As part of the OSW supply chain, MTI Instruments has developed critical gap-monitoring sensors for a leading manufacturer of wind turbine power generators. If the gap between a generator’s stator coil and rotating magnets becomes too large, efficiency decreases. A gap that’s too small is also problematic because the magnets may scrape against the stator poles, destroying the turbine.

To address these challenges, MTI delivered a sensor system with three components:

MTI’s capacitance probes can also be used to detect the build-up of ice on wind turbines. To learn more about how MTI Instruments supports offshore wind, contact us.