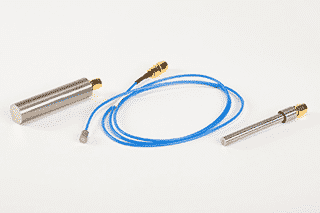 Push/pull probes can be used to measure distance from the amplifier to ungrounded or poorly grounded targets. Ideal for measuring semiconductor wafer thickness for semi wafer mapping. 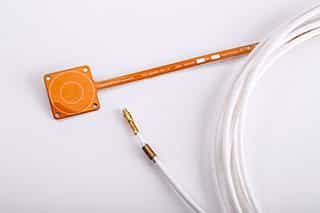 Standard capacitive sensors require the target to be electrically grounded (for position, gap and vibration measurement applications). Current flows from the probe face to the target and back to the amplifier to complete the circuit. The capacitance between probe and target is proportional to the distance and converted to a 0 – 10V output from the amplifier. The measurement of electrically grounded targets can be, however, affected by changes in the electrical conductivity or ground path of the target. 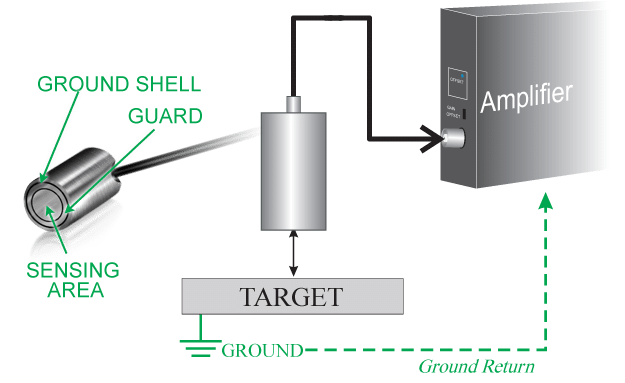 To eliminate the effects of these variations, MTII developed a unique version of the Accumeasure sensor called the push-pull. In this design each probe consists of two capacitance sensors, built into one probe body. Each sensor is driven at the same voltage, however, there is a 180 degree phase shift between signals. This shift allows the current path to travel across the target surface rather than through the target to ground, eliminating any inaccuracies created by poorly grounded targets. Additionally, highly resistive targets can be measured with this technology allowing capacitance sensors to be used on semi-insulating and semi-conducting targets (for position, gap and vibration measurement applications). 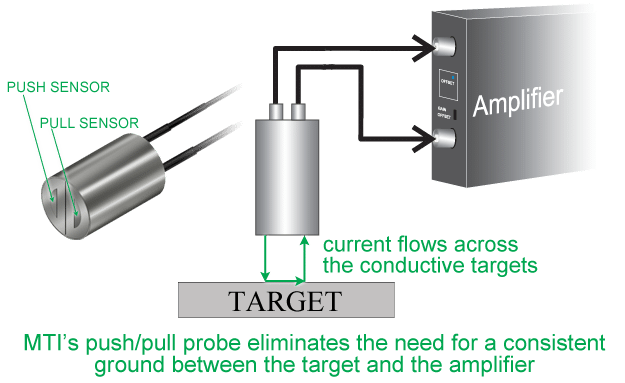 Industries & Applications For This Product

Accumeasure System 9000 is a high-resolution, capacitance-based instrument that provides the perfect solution to many previously unattainable measurement applications. Rapid response time and extremely low noise levels make it ideal for…

Request Info
Where to Buy
×

Dive straight into the feedback!Login below and you can start commenting using your own user instantly